Racism Against Latinos, Hispanics Ugly Sign of the Times in 1960s America 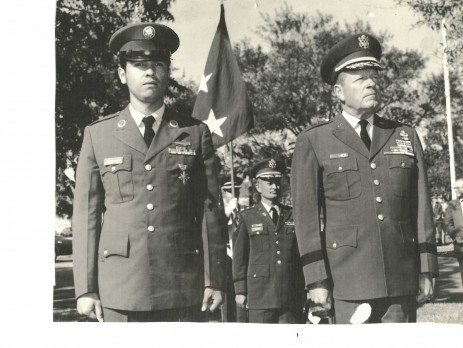 Racism Against Latinos, Hispanics Ugly Sign of the Times in 1960s America

By the time the federal government completed its “Operation Wetback” program in the 1950s, more than 3.8 people of Mexican descent were sent to Mexico — many of them American citizens.

It was exactly that kind of discrimination and civil rights abuse that led Hispanic and Latino activists to organize, strike and protest in the 1960s.

But it would be a slow battle: Life for Hispanics and Latinos in the 1960s was far from easy. And for those in Texas, the home of “Operation Wetback,” life could be especially difficult.

Consider this list of “Did you know?” questions, and judge for yourself.

Did you know the historic Voting Rights Act of 1965, which was signed into law by then-President Lyndon B. Johnson, wasn’t extended to the Southwest until 1975? Where do you suppose millions of Hispanics lived at that time? Texas and the Southwest, perhaps?

Did you know that it wasn’t until 1975 that the first Latino was elected to the Austin City Council?

Did you know that Sgt. Santiago Erevia, a United States Army veteran of the Vietnam War, had to wait nearly 45 years to receive the prestigious Medal of Honor he rightfully earned while serving in a search-and-rescue operation mission in 1969? In 2014 he was one of several other Jewish and Hispanic Medal of Honor recipients who were belatedly recognized by President Barack Obama. The recognition came after a Pentagon review of past discrimination when bestowing the Medal of Honor, which is the military’s highest distinction of valor, during WWII, the Korean War, and the Vietnam War.

Did you know that even Ramiro Martinez, one of the heroic police officers who stormed the University of Texas Tower in 1966 and helped end sniper Charles Whitman’s horrific hour-and-a-half killing spree, was not immune to racism, even from his close colleagues? Consider former Austin Police Chief Bob Miles’ comments about Martinez’ career path in a 1976 interview with The Daily Texan.

“I think Ramiro quit (the Austin Police Department) and went to work as manager of a café. He failed at that and went around to several different jobs. Finally, they had an opportunity to appoint him as a Texas Ranger so they could have a Mexican American on the job.”

Aside from distorting the truth about Martinez, Miles completely discounted the possibility that Martinez succeeded because of his own hard work and merits.
So how does today’s environment compare to the abuses that triggered the civil rights frenzy of the mid 20th century? Well, political rhetoric surrounding Hispanics and their place in American society puts this minority group, once again, squarely in the public eye. Does a proposed wall on the Mexican-American border ring a bell? Anyone? What about the millions of Latinos brought to America illegally as children who now are fighting for a path to citizenship? What about the ongoing stigma many Hispanics, even those who carry American citizenship, are forced to endure in a society still tainted by racism and, oftentimes, barely concealed hate.

Clearly the fight against racism, prejudice and injustice continues – a fact we know all too well. However, Hispanics today need only to look to those who came before them for an example not only of how to push back against these wrongs, but also of how to persevere in the face of such challenges.

They can emulate Hispanics who marched with African Americans in 1960s-era protests against a lack of civil rights, including the 1963 March on Washington. Or they can look to Latino people’s personal achievements and the positive strides they made in their lives despite the hard road before them. They can even look to Martinez, who not only emerged from the UT Tower shooting a hero having saved countless lives, but who went on to a long and distinguished career in law enforcement.

Indeed for Hispanics living in American, there is much to be proud of.