Of Loss and Honor 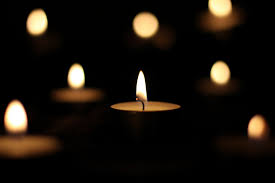 Of Loss and Honor

Each year in May fallen police officers from around the country are honored for the sacrifice they made and the ultimate price they paid, all in the name of serving and protecting their fellow citizens. The National Law Enforcement Officers Memorial, which was established in Washington, D.C. and dedicated in 1991, recently staged its annual candlelight vigil when a list of names of police officers who have died in the line of duty over the past year was unveiled.

The Texas Peace Officers Memorial held its own candlelight ceremony in May at the Texas Capitol in Austin to honor all those Lone Star State law enforcement professionals who have perished. Their names are listed on a memorial wall nearby.

This act of honoring our heroic dead, of giving them public recognition and gratitude for their lives and for their service, is important because it shows the families of these fallen heroes that their loved ones’ sacrifices have not gone unnoticed or unappreciated. It goes above and beyond how those individuals might have been honored in private funerals held by their families.

This is what relatives of those killed in the Aug. 1, 1966, shooting tragedy on the University of Texas campus want for those impacted by the shooting. Although there is a plaque near the UT campus’ turtle pond that bears the names of those lost that day, it was only installed in 1999, decades after the shooting. Furthermore, many people who have ties to the event feel it’s not enough.

Claire Wilson James, who lost her unborn child and her boyfriend that fateful day to the sniper’s bullets, perhaps put it best.
“When there’s silence the way there was back then, it makes you feel like you’ve made up the whole thing,” she said, as quoted by the San Antonio Express-News.

It’s true that 1966 was a different time, and the public processed mass shootings differently than it does today. However, it’s clear from Wilson’s quote that ignoring what happened is not healing and does no good for those involved in horrific events. Indeed, not talking about what happened is no way to process any tragedy, and the UT Tower Shooting proves no exception.

Current UT students agree and, for the past three years, a group of them have advocated for a more fitting memorial to be erected on campus. Now, just in time for the 50th anniversary of the shooting, the students will celebrate success.

On Aug. 1, a 6-foot-tall boulder made of granite will be placed at the school’s Tower Garden, replacing the plaque there now. The names of those who died so many years ago will adorn the boulder. In addition, a bench will be installed, and a tree will be planted in their memory.